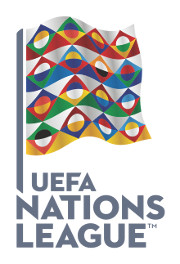 2018/19 would see the inaugural season of the UEFA Nations League, a biennial international association football competition involving the men’s national teams of the 55 member associations of UEFA.

Created to replace a number of meaningless friendlies clogging the international calendar, the tournament would also group teams of a similar standard together.

This first incarnation of the competition, which will be held from September to November 2018 (the league phase) and June 2019 (Nations League Finals), will also seed teams for the qualification process of UEFA Euro 2020, and will award berths in the play-offs which will decide four of the twenty-four final tournament slots.

For the league phase of the 2018/19 tournament, Germany were placed in Group A1, along with France and the Netherlands. In the three-team mini group, each team played each other home and away.

After a miserable World Cup in Russia, Germany’s poor form continued into the new season. An encouraging yet goalless opening match against the French in Munich gave Jogi Löw’s men a point, but a three-goal hammering in Amsterdam against the Netherlands put the pressure right back on the German coach.

Germany would take the lead against France in Paris with their first goal of the tournament – a penalty from Toni Kroos – but fell away in the second half as their opponents engineered the sort of victory that had been a staple of German teams in the past. The defeat, combined with the Dutch beating France 2-0, meant that die Nationalmannschaft had not just missed out a chance of making top spot, but were also relegated to the B group of the new competition.

With little more than pride at stake in their final match against the Netherlands, it was a young and dynamic German team that stepped out onto the pitch in Gelsenkirchen. For 85 minutes, it was all going to plan. Goals from youngsters Timo Werner and Leroy Sané looked to have given the Germans their first victory, but yet another meltdown would see the Oranje salvage a draw.

The result saw the Netherlands sneak into the four-team final tournament ahead of the French, while Germany will be facing less heralded opponents when the tournament returns for its second instalment in 2020/21.